The Emperor Has No Clothes (And There Are No Dating Rules) 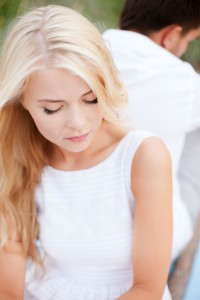 In case the story is not common where you live, the expression “The emperor has no clothes” is from Hans Christian Anderson’s fable The Emperor’s New Clothes, published in 1837. It was one of my favorite childhood stories (at least the Mickey Mouse Version with pictures was).

Anderson’s story reveals the foolishness of a vain king who was preoccupied with his status and appearance. A pair of swindlers took advantage of the king’s character weakness by explaining they could weave a fine cloth that could only be seen by people who were fit to be royalty (or people who were fit for office).

The king paid a high price to have a suit of clothes made from this wonderful fabric, so he could test which of his courtiers was unfit for office. When he couldn’t see the imaginary clothes the swindlers made for him, he pretended he could see them to avoid the appearance of being unfit for office himself. As he paraded the new clothes through the streets, the onlookers all pretended they could see the clothes, trying to avoid being the only one to reveal their unworthy status.

A young child, who didn’t see the point of pretending, announced, “But he has nothing on!” That burst the bubble and people began laughing, revealing they did not see any clothes either. The king was too vain to admit his error, continuing the procession as he attempted to maintain his dignity by pretending nothing was wrong.

It’s not at all uncommon for men and women to ask me about various “rules of dating.” They want to know the proper etiquette for various unique situations. They hesitate to talk openly with their partner because of a fear of revealing their ignorance regarding “the rules of dating.”

Are there any rules of dating?

I could tell you my personal rules for dating, but they’re unlikely to be the same as yours. There are still cultural groups with clear patterns and expectations regarding the courting process, but those traditions are quickly fading as television and the Internet reveal the multitude of different ways of doing things, cross-pollinating ideas across different cultures.

These days, you should be far more concerned about openly discussing your expectations for dating, and far less concerned with figuring out “the rules” of everyone else. Here are a few reasons why:

The next time you feel unsure of “the rules,” play the part of the kid. Talk openly about the fact that people have different expectations. Admit you’re not sure what he’s expecting in a given situation or circumstance. Tell him your preference, and ask him about his. This is the beginning of a healthy negotiation process for two equal partners who want to treat each other with dignity and respect.