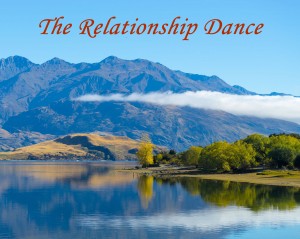 Anne Taylor Fleming said, “A long marriage is two people trying to dance a duet and two solos at the same time.”

Any committed relationship is that way. The first hurdle is simply sharing what you want–your hopes and dreams, your wants and needs. It’s no small thing to walk out on that limb.

You might feel betrayed upon discovering he does not want all the same things as you. It’s an irrational human reaction that may bring up a sudden sense of anger or panic. Don’t let it crumble the relationship.

It’s unlikely your life goals will line up 100% with his.

Yes, there should be common ground. You can’t really have much of a relationship if there isn’t. But, as nice as it would be for your picture of the ideal life to sync up perfectly with his, that sort of thing rarely happens.

Some desires will match, and some won’t. It’s stressful and scary to see that the person you’re planning a future with has a different idea of what that future should be.

In panic, some women plead with their men, hoping to sway him via pity. Some pull out their best high-pressure sales pitch. And some cut to the chase, drawing lines in the sand and making demands.

Time has a way of settling jangled nerves and revealing impasses to be less impossible than they first appeared.

Remember, the first obstacle is sharing what you want. From there, the goal is to keep the conversation going.

When he doesn’t want the same things, it will come as a shock. Don’t let that shock shut down communication. Accept the differences rather than getting angry at him for not wanting the same things you want.

Instead of strong-arming your man through sympathy or coercion, engage in an honest dialogue. The two of you are creating a life together. Your shared vision of the future will be a blend of what he wants and needs and what you want and need.

Start by finding the common ground.

Of course, there will be differences, and that’s perfectly okay. As the discussion veers toward areas where you want different things, be prepared to find compromises you can both live with.

The ultimate goal is for both of you to feel fulfilled. What you want is balance. Sometimes you’ll have to bend, and sometimes he will.

His wants and needs aren’t always going to match yours. But your ability to be flexible is what allows us to do the “dance” that Fleming described.