Home > Attraction > The Value in Harboring a Secret Obsession

The Value in Harboring a Secret Obsession

You’re driving a bit over the speed limit. Nothing out of the ordinary. Nothing you’d ever think about.

But this time a cop pulls you over. He gives you a speeding ticket.

It’s surprising. Frustrating. Scary. And for the whole next week, you can’t stop thinking about it.

You wonder what you could have done differently. Said differently. If you can fight the ticket. What it’s going to do to your insurance. And your driving actually gets worse. Because you keep watching for cops in your rearview mirror.

You can’t stop obsessing. But why?

Let’s look at another example.

As a young girl, your mother takes you to a rally. A politician speaks there. She’s smart. Funny. Passionate. You are enamored with her. You want to be her.

So you read biographies about her. And other famous politicians. Particularly women. You study harder. You join clubs. You participate in debates. You run for leadership positions. You volunteer.

When you end up as a senator years later, no one is surprised.

These two situations are very different. They have very different results. One good, the other bad. One only lasts a week. The other last many years – and will likely become a matter of personal identity.

But despite their differences, these opposing examples both invoke the same biological drive. They both trigger the obsession response.

Why? Why do people obsess over things? Why do we fixate on people, places, or things? Is this a good thing, or a bad one? Can it be both?

To understand, you first have to know what obsession is and why it happens.

Biological and Psychological Reasons for Having a Secret Obsession 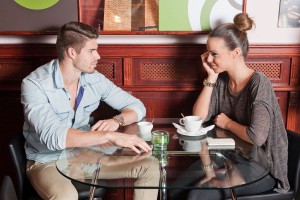 Obsessions gather their power from underlying biological drives. All of us experience obsessions. As you saw illustrated above, some of them come and go. Others stick with us forever.

But here’s the weird part. We also have obsessions we’re not even aware of!

You might call this a secret obsession. Because it lies dormant, waiting for something in your environment to trigger it.

When a secret obsession comes to life, you feel the power of it even if you don’t consciously recognize the way it’s impacting your decisions and the things you care about.

A prime example is the hero instinct. It’s a secret obsession nearly all men share. It’s a deep desire to be needed, respected, and valued. And it drives many of the decisions men make about their relationships, careers, friends, and much more.

In order to thrive, men need to feel important and valuable. They will abandon social circles that don’t allow them to meet this need. And they will seek out people who make them feel like they matter.

This secret desire causes different men to do different things. But all men have it.

A secret obsession is not just something that happens. There are biological causes that underlie certain core obsessions.

Everyone has a “loop” in their brain that regulates obsessive behavior. This loop involves of two main parts of the brain:

The OFC sends an excited signal toward the thalamus. The thalamus receives that signal. Then it sends an emotionally charged signal right back to the OFC.

This idea of a loop probably sounds familiar to you. When you have a secret obsession with something, it can feel like thoughts “loop” in your brain. They keep going around and around.

Like the person above who couldn’t stop thinking about her ticket. Or the girl whose thoughts returned again and again to the politician.

This same type of pattern is also present in romantic obsession.

In the late 1990s, neuroscientists Lucy Brown and Helen Fisher studied people who were passionately in love.

They put those people in an fMRI machine. And they asked them to fantasize about their romantic interest.

Part of their brain lit up. Which part? The same one that lights up when we eat delicious food. Or drink water after a run. Or take certain drugs.

Not surprisingly, this is an area that’s rich in dopamine. 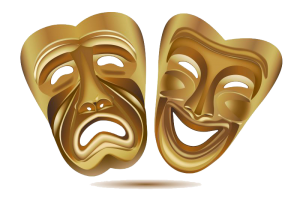 You know what dopamine is, right? The neurotransmitter that signals pleasurable reward sensations. At high levels it allows you to experience euphoria.

Every reminder of the person you want activates your brain’s reward loop. You get a craving. And you have the urge to fill it.

You’ve likely experienced this in your love life.

For example, a guy surprises you by sending a bouquet of flowers to your workplace.

And every chance you get, you look at it. Because it reminds you of him. Now you’re dying to go home and see him!

That bouquet is activating your reward loop. Of course you want to look at it again and again. It gives you that high every time.

It’s a form of obsession. A wonderful one.

That’s really important to note. Because we tend to think of “obsession” as something that’s negative. Unhealthy.

When it is caused by something like OCD, it can be. But that’s rarely the case.

That wonderful reward loop can be harnessed to do amazing things.

In fact, a strong argument can be made that obsession is responsible for most of the advances in human history.

Not quite seeing it? Don’t worry, I’ve got plenty of examples.

Let’s start with Thomas Edison’s “consuming obsession”. Would he have invented the light bulb if he wasn’t a bit single-minded?

It’s well known that he “failed” 1,000 times before finally succeeding. If that isn’t obsession, what is it?

It definitely required a level of fanaticism for J.R.R. Tolkien to invent an entire new genre of fantasy literature with his Lord of the Rings novels.

But he was obsessed with keeping a steady stream of written communication with his son who was deployed in the military on the front lines. Tolkien wrote the first of these novels as a series of letters he mailed to his son.

Who is she? Emmeline Pankhurst was instrumental in the passage of the women’s right to vote in England.

Despite grief, hunger strikes, extreme debt, estrangement from some family members, and even prison, she persisted. Why? Because her obsession was fueled by a deep passion that still inspired hope and strength in the face of adversity.

Now let’s look at one story of obsession in depth.

A Secret Obsession of the “Lady with the Lamp”

Florence Nightingale is likely the most famous nurse in history. That’s largely because of an obsession with patient care.

This obsession with the well-being of others is a well-documented one. She was often seen alone checking on the wounded with a lamp in her hand. It earned her the nickname “Lady with the Lamp.”

But what you probably don’t know is that she had a related obsession. A secret obsession: statistics.

Sound boring? If you’re not particularly into numbers, that’s an understandable reaction. And Florence knew people would have this same reaction when confronted with numbers.

But she also knew that it was crucial they understood the data. Otherwise, they wouldn’t understand what was needed to improve medical care. In particular, to make sure more people actually survived it.

Having a secret obsession helped her achieve breakthroughs in medical care that you and I still benefit from today.

During the Crimean War, Florence found deplorable conditions at the British hospital in Turkey where she worked. What kinds of conditions?

Today, a hospital like this would be closed immediately. And the people involved likely sued into oblivion. But not back then.

Still, she was horrified. And for good reason. A shocking 42.7 percent of admitted patients died. And she was convinced there was a link between the poor hygiene and the high mortality rate.

Because of this, she became consumed with the idea of improving patient care standards. She was so driven that she convinced U.K. war secretary Sidney Herbert to send her 38 volunteers to make a difference.

Each improvement in patient care meant saving lives. And her statistics showed the impact, giving her continued motivation to push for further improvements. It activated a reward system that drove her to seek even more advancement for patient care.

Her obsession paid off. She brought the hospital’s mortality rate down to 2%.

But she wasn’t done yet. She didn’t just want to impact this one hospital. She wanted to impact the entire British military medical system.

I’m telling you, she was obsessed!

She developed a secret obsession with the numbers. So she noticed things others missed. Like the fact that soldiers were dying at twice the rate of civilians – even in peacetime. The problem went beyond a few bad hospitals during the war.

But sharing statistics rarely seems to motivate others into action? She knew she had to make the numbers more interesting to convince Queen Victoria to order changes. So, she used a novel way of displaying the statistics: a pie chart.

Her work had an enormous impact. It led to cleaner, safer hospitals. It saved millions of lives. And it also popularized the pie chart.

Having a secret obsession with a singular goal can give you a purpose. It can inspire you. It can motivate you. It can allow positive emotions to arise naturally.

A secret obsession can activate that wonderful reward loop, so you can experience a “high” over and over again. It’s like a source of perpetual mental and emotional energy.

Falling in Love Is a Form of Obsession 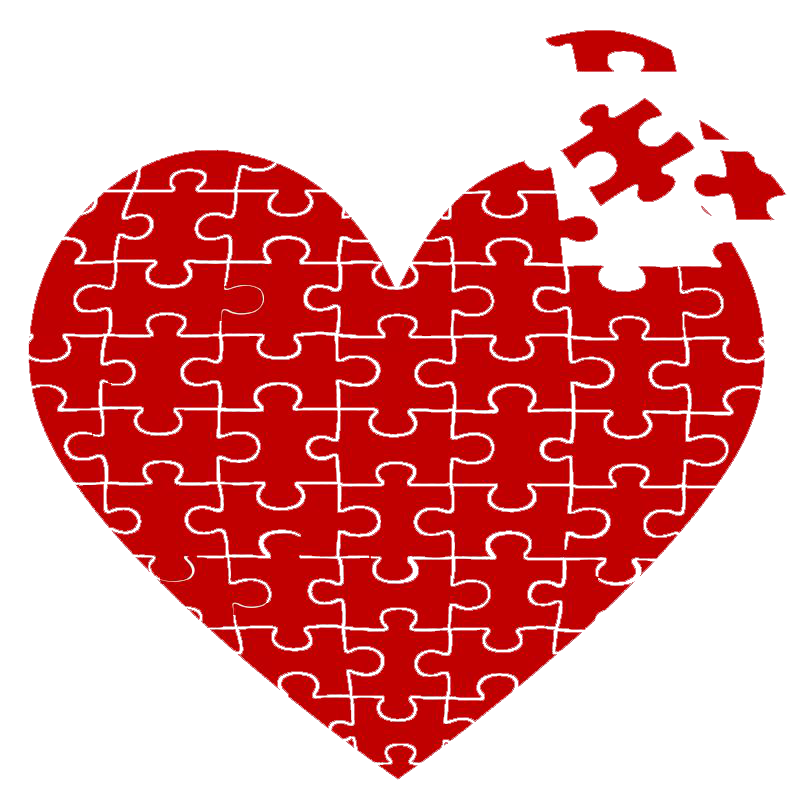 Obsessions are perfectly natural. Infatuation is a great example of that.

Unfortunately, infatuation never lasts. It’s a temporary set of emotional and biological reactions designed to pull men and women toward a sexual bond. But there is a lasting form of obsession that can emerge between men and women.

I’m talking about true love. True love occurs when two people love each other so much that their primary mission in life becomes the happiness of the other person. If this isn’t beautiful, I don’t know what is.

The problem is, many things get in the way of this special breed of romantic bliss. We end up stepping on each other’s toes, pushing away the person we love most, and feeling frustrated more often than not.

It’s hard enough to find your perfect match. And when we do, competing drives and instincts often pull us apart, leaving us heartbroken and alone.

That’s why James Bauer created a relationship course built around the concept of purposefully tapping into the power of obsessions. If you can activate lasting forms of obsession, and use those positive obsessions to fuel the growth of your long-term relationship, a whole new world of possibility opens up.

Remember the power of obsession. Florence Nightingale’s tireless efforts to improve patient care. Albert Einstein’s 1,000 attempts at making the light bulb. Nothing could stop them!

With Be Irresistible, you can discover the key to flipping on the power of obsessions in your relationship. You’ll learn how to:

When you do, you’ll feel closer than ever before. The barriers to intimacy will fall away. And you’ll be amazed at the kind of love story the two of you can write together.
It’s the closest thing to an ongoing formula for happiness and love that I have ever found.

Does it require some practice? Yes. Will you succeed instantly the first time you try it? No.

But of all the things worth getting obsessed with, relationships should be at the top of your list. And that’s why I have no hesitation about recommending James Bauer’s groundbreaking relationship course about a secret obsession that can change your love life forever.