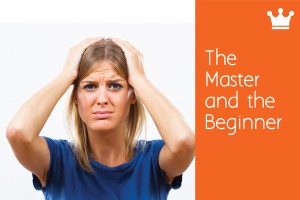 There’s an old saying: “The master has failed more times than the beginner has even tried.”

In other words, failing is a part of the journey that transforms you into a master (at anything).

Like her or not, you may know the name Arianna Huffington. She’s the editor-in-chief and President of The Huffington Post. What you may not know is that long before she founded one of the most successful news sites on the internet, her second book was rejected by publishers a whopping 36 times.

That’s right. Her second book. Her first book had been a success, and still no one wanted to publish the second. Talk about a crippling blow.

But, here’s what she says about the low points of her career:

“My mother instilled in me that failure was not something to be afraid of, that it was not the opposite of success. It was a stepping stone to success. So I had no fear of failure. Perseverance is everything. I don’t give up. Everybody has failures, but successful people keep on going…”

Everybody has failures, but successful people keep on going.

I’ve heard people take that idea even a step further, claiming there’s no such thing as failure, only feedback. I don’t agree with that completely, but I do think it’s best to live each day as though it were true.

Here’s what I mean. If you act like failure is only feedback, you can tolerate a lot more failed attempts without feeling emotionally deflated.

After all, most of us are pretty hard on ourselves when we feel like we missed the mark. But when you tell yourself there’s no such thing as failure, just feedback, it’s easier to allow yourself to make a few mistakes.

Which is good, because mistakes are inevitable. Especially in relationships.

Plus, this approach puts you in a great mental place to learn. Instead of wasting energy criticizing yourself, you can channel your curiosity. The situation itself becomes your teacher. What might have left you feeling embarrassed, ashamed, angry, or hurt becomes an opportunity to grow.

For example, do you find guys confusing and frustrating? Don’t let that discouragement make you feel like a failure. Resolve to become a master, both of understanding and of being understood.

Each time you feel confused by the guy in your life, learn from the situation. What created the confusion? What perspective does he have that led to his actions? Is there anything you can do to bridge the gap between his point of view and yours?

Keep in mind that you’re likely to “fail” a few times before you have a major breakthrough. But that’s okay. It just means you’re learning and growing.

There’s no reason to be afraid of failure. Even the most celebrated people in the world failed plenty before they found success. Instead of beating yourself up, try to view the ups and downs of trial and error as a learning process.

As James Joyce said, “Mistakes are the portals of discovery.” What will you discover today?