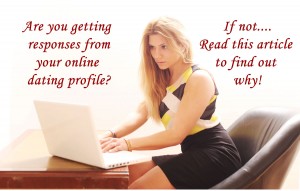 I have nothing against a cute headline for your dating profile. Just make sure your tagline, or sub headline, makes a statement rather than being generic.

Focus on a single, compelling idea or “angle” rather than trying to cram your whole personality into the headline.

Many women start off their dating profile with generic bits of information. The information does not seem generic to them, but it does to a stranger browsing through pictures with headlines and short taglines. Let me explain.

“Fun-loving gal, seeks emotionally mature partner who knows how to have a good time!” This is an extremely generic headline.

It has the, “I like to party,” flavor to it, but that is such a generic flavor that it is unlikely to stand out to a man who might be a good match.

It would be better if she wrote something specific. Something more likely to catch the attention of the specific kind of man she wants to end up with.

i know why you resist using specific details. It makes you feel like you are focusing on too narrow of an aspect of your life and personality. But that specific information has only one purpose. It needs to catch the attention of a man. That’s it.

If you can achieve that single goal, he will learn more about you by digging deeper into your online profile. When he digs deeper he can get a more fleshed-out understanding of your life situation, desires, and interests.

Here’s the key to a statement that is compelling rather than generic. Focus on a single, compelling idea or “angle” using both the headline and tagline.

Dating websites have different formats and space allotments for headlines, taglines, or whatever they call them on a given site. Use whatever space you have to communicate a single idea that will stand out among all the generic taglines.

It takes a single big idea to jolt someone awake and make them aware of your profile. You want to stand out, not convince them you are the one for them. That comes later.

Here are three examples to demonstrate the concept of focusing on a single, specific idea:

“I spend more time in my garden than in front of the TV.”

“Join my mission to retire in Costa Rica before age 55.”

“I have three dogs named after the Three Stooges.”

Jacques Maritain said, “We don’t love qualities, we love persons; sometimes by reason of their defects as well as of their qualities.”

And C. S. Lewis once wrote, “Friendship is born at that moment when one person says to another: What! You, too? I thought I was the only one.” When you share a very specific thing about yourself, you become a real person rather than a generic profile statement. You suddenly become interesting as a human being.

Each of the statements above communicates something specific and real. Some people are instantly drawn to dog lovers and people with a sense of humor.

That kind of person will feel compelled to learn about the person behind that third tagline, even though she never said, “I have a great sense of humor,” or, “I am a pet lover.” She could have said it that way, but it would have sounded bland and generic.

Once you have his attention, he will click on your profile to read your personal statement. That’s where you should tell just one story that supports your headline in an entertaining way. Alternatively, you could support that idea with one or two compelling facts about yourself. 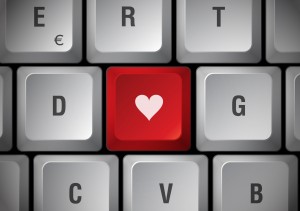 Edwin Schlossberg said, “The skill of writing is to create a context in which other people can think.” If you do this successfully, it means your story will cause him to think about what it would be like to contact you or be in a relationship with you. That’s the kind of thinking we want to happen.

I want you specifically to engineer your story so that a certain kind of person wants to envision their self with you.

At the end of your profile you should direct the reader to take one and only one action. It sounds crazy, but men reading your profile will be far more likely to contact you if you tell them to contact you. I know that sounds really weird. I wouldn’t put it in this article if it wasn’t true.

Have fun, and be safe!