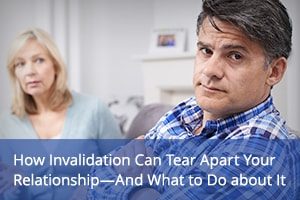 Janelle was telling me about a recent argument with her boyfriend.

“I can’t get the back door unlocked.”

She laughed at my blank expression.

“Look, I know it doesn’t sound like a relationship issue, but it has become one.  The lock jams several times each week. Nothing I can do will get it to open.”

“And how does that relate to your relationship?” I asked curiously.

“He doesn’t believe me!” This time, her laughter had a hysterical edge. “He says I’m not doing it right. It always works for him.”

She sniffed. To my surprise, I saw tears starting to form in her eyes. She rubbed them away with the back of her hand.

Was this really about a door … or was it something else?

To an outsider, this looks like a simple difference in opinion. He thinks she’s not opening the door right; she thinks it’s genuinely jammed.

But some things aren’t a matter of opinion.

Your personal experience is one of them.

Few things are more frustrating than trying to communicate something important to your partner … only to be told it’s all in your head.

That’s why validation should be a part of every healthy relationship.

When you validate your partner, you recognize that his thoughts, beliefs and perspectives are valid, regardless of whether you share his view or even understand it.

That’s the exact opposite of what good partners do.

No one has the right to tell you what your experience should have been. You are the only authority on what happens to you. If someone tells you they know what’s going through your head better than you do—and they’re not joking—run. 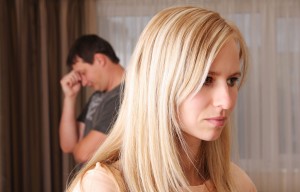 After that incident with her boyfriend, Janelle stopped going to him when she needed help. She felt shamed for reaching out and stung by his presumption of superiority. If she were only more like him, she thought, she wouldn’t be having this problem. She should be more like a man rather than a helpless woman, incapable of opening a door.

Janelle and her boyfriend needed to learn how to validate each other—fast.

Or they’d continue growing apart, until they no longer had a relationship at all.

So many arguments start when couples invalidate each other’s thoughts and feelings.

He tells you that he didn’t intend to hurt you; you don’t believe him. You’ve noticed that things have gotten strained between you recently; he says they haven’t.

It’s an easy way to dismiss something you don’t want to hear. If you don’t like it, deny it. Tell your partner he can’t possibly be feeling what he says he’s feeling.

Before you can validate one another effectively, you need to acknowledge that you and your partner do experience things differently.

No matter how well you know him, all you really know is what he told you. You might assume he thinks a certain way because that’s how you think. Or you might assume he experienced something the exact same way you did. But you don’t have access to his mind.

So stop assuming and start asking.

Find out what he thinks, wants, and feels. Honor his confessions. Even if you don’t agree with him. Try to understand his point of view. Use validating phrases like:

Janelle now knows how to deal with invalidation. Being able to spot it made a world of difference to her.

“I never realized how much I was always defending myself,” she told me. “We’d get into these big arguments about who was right and who was wrong. Now I know that I’m right about my experience, and he’s right about his experience. From there, it’s easier to negotiate.”

Now when her boyfriend starts to argue with her about the truth of her experience, she doesn’t get sucked in.