Home > Commitment > What do guys mean by “high-maintenance?”

What do guys mean by “high-maintenance?” 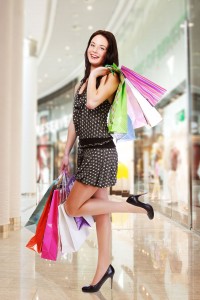 What does it mean when a man claims a woman was “high-maintenance?” In the private conversations men have, what do they say to justify the high-maintenance label?

First of all, I’m not a fan of labels, particularly negative ones. But this particular label gets used enough to raise my suspicion that it might represent something real. It might represent a cluster of ideas or beliefs men have about the behavior they see in some women, but not others.

I did some research and discovered men don’t even know what the term means. Or at least they disagree about what it means. However, there were a few common themes in the majority of descriptions I gathered. Those themes revealed something interesting about what men want. I thought I’d share my discoveries.

It’s a bad thing to be labeled as a “high-maintenance” woman in the mind of a man you would like to form a relationship with. That’s really the crux of the matter, isn’t it? So let’s get to the bottom of what that label really means, so you can guard against that reputation if you so choose.

It seems men have at least one of the following three general concepts of what high-maintenance means:

Something struck me as particularly significant as I considered these broad categories that each capture core themes in the concerns men have about “high-maintenance” behavior. You see, as I studied the psychology of men, and what makes them fall for women, one of the most important principles I discovered was that men are obsessed with freedom. All three ways of conceptualizing “high-maintenance” behavior contain something that threatens a man’s freedom.

What do guys want? They want freedom. They want the freedom to act goofy once in a while rather than walking on eggshells to maintain appearances. They want to feel appreciated for the money they earn, without expenses that make them feel inadequate or unable to provide. They want to be able to pursue adventure and friendships beyond the romantic relationship they enjoy.

Another way to say it would be this. Men seem to want a woman who will fit like a glove, comfortably becoming a part of his life without changing him with demands he feels unable to satisfy in the long-term. It sounds nice, but honestly, I think that’s asking a bit too much. In fact, the men who tend to use the “high-maintenance” term tend to be a bit “high-maintenance” themselves.

Here’s what I mean. They are the kind of men who are very particular about what they want, unwilling to morph their life to meet a partner halfway, co-creating something new and beautiful. Compromise and finding new ways of appreciating life are important parts of developing a quality relationship with someone of the opposite sex. So if there is anything I’ve learned from my research on the “high-maintenance” term, it’s that women should avoid men who use it.

P.S. This was just a little side project fueled by my personal curiosity, but I have spent years cultivating a deep knowledge base regarding the triggers that make a man really want to be with some women, and not others. If you would like to leverage my years of research and experience in this area, you owe it to yourself to get a copy of my home study program, What Men Secretly Want. You can get a copy and begin studying it tonight.