Home > Dating > Finding “The One” Is Tough. Here’s One Place You Should Always Look.

Finding “The One” Is Tough. Here’s One Place You Should Always Look.

Just for a second, imagine your perfect guy. Not in terms of looks or chemistry. Focus on the mundane stuff. The things you’re actually going to care about a year from now.

It can seem like this guy simply doesn’t exist. But for many women, he’s actually already in their lives.

We tend to discount people who we’ve placed in “friend zone.” But we shouldn’t. Because the real foundation of a lasting relationship isn’t physical attraction.

What makes relationships work long-term, according to both anecdotal evidence and relationship studies, is friendship.

If you already have that foundation in place, so much the better.

So what’s stopped you from considering this guy in the past? Let me guess…

“If he liked me, he would have already made a move.”

“I don’t want to make things weird between us.”

Let me answer these fears one at a time.

And if it does work out, you could have something extraordinary instead.

So I’m going to help you determine whether or not it’s worth taking this leap.

First, I’ll share signs that can tell you if he’s interested. Then I’ll show you a simple technique that can help take him out of your own mental “friend zone.”

You need to discover if there’s romantic interest – from both of you.

It matters because it shows he’s willing to make your needs a priority. Sure, friends can do this, too. But it’s definitely a positive sign.

He’s there for you when you’re sick.

Your couch is covered in tissues. You’re in sweats. You feel awful. And when your doorbell rings, you know it’s him with something you needed from the drug store. He’s ready to marathon The Walking Dead with you instead of enjoying the Halloween party you’ve both been excited about for weeks.

He’s getting more physical over time.

You used to high-five. Now it’s hugs…that linger. And lately you’ve noticed him touching the small of your back and sneaking glances.

He notices when you dress up. 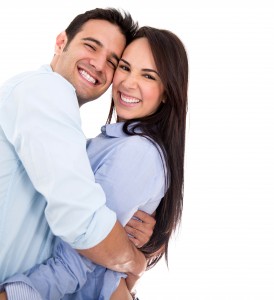 He’s cool babysitting you when you’re sick and you look like a shapeless sack of misery. But he’s also quick to tell you how great you look in your new jeans. Or comment that you should wear that dress when you come to his sister’s wedding in the spring.

Obviously, none of these things prove he’s interested. They’re signs. Indicators. But the more of them you notice, the more likely it is he’s up for more. There’s only one way to know for sure.

Give yourself permission to think of him “that way.”

It may just change your perception. And if it does, it may be worth trying to pursue something.