Home > Commitment > Anticipation Machines for Human Relationships: What Does He Anticipate About You?

Anticipation Machines for Human Relationships: What Does He Anticipate About You? 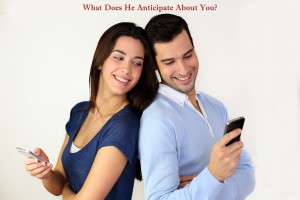 I recently heard a brain-science researcher discussing the nature of human memory. He was making the case that humans are “anticipation machines” and that memory is the foundation of our ability to anticipate what is coming next.

Implicit memory is the kind of memory that allows you to remember how to ride a bike. When you get on a bike, you have the sense that you know what to do. Your body knows how to balance.

The shifting weight of the bicycle feels familiar to you as you make a turn. This is implicit memory. Even though you cannot put it into words, it is active in your mind when you hop on a bike.

What does your boyfriend anticipate about you?

If humans are anticipation machines, and our memories are the basis of that ability to anticipate, he certainly must have expectations for the experience of being in your presence.

I could ask him about you, and he would probably make a good effort to explain what he likes about you, what frustrates him, and where he sees the relationship going. However, it’s the implicit memory, the part he cannot put into words, which will most influence his decisions about the future.

In the sad situations when I am consulted about convincing an ex to give things another try, it’s the implicit memory that makes my job difficult. The second he sees her name show up on his caller ID there is an instant, visceral, mind-body reaction. The question is, what kind of reaction does he have?

If it is an instant stress response, based purely on repulsion, fear, or a desire to escape from arguments he associates with emotional pain, my job will be extremely difficult. However, if it is a mixed reaction of longing, hope, and nervous anticipation of the possibility of another adrenaline-riddled fight, my job is a little easier.

The point is when you show up on his mental radar, there will be a reaction that is similar to flipping a light switch. Emotions arise that are based on the anticipation of what is coming next.

Now my question for you is this. What do you think his implicit memory tells him to anticipate when he picks up the phone after seeing your number come up?

The sad truth about men is, most of them hate talking on the phone with their girlfriends. They put up with it and put on a good show as if they enjoy it, but the vast majority of men dislike long phone conversations.

It’s not so bad for them at first. It’s all a part of the adventure of pursuing a relationship with you when the relationship is new and exciting. Unlike women though, the value of those phone calls decreases over time for men. They start to experience it as a chore.

The reason is simple. The majority of men experience a very low drive for talking unless the talking is used to move toward a specific goal or purpose.

They won’t admit it to you, but most men would rather just say hello and then hang up and get back to folding their laundry or sorting through their email. They don’t enjoy twenty-minute phone conversations that involve relaxed small talk about random events that occurred during the day. 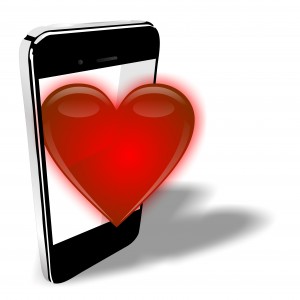 For women, this kind of discussion is a form of bonding. It is emotionally satisfying and makes you feel like someone else in your life cares about the little things because they care about you. Most men are socialized in a way that prevents them from appreciating that form of communication.

The result? Many men end up with a visceral, gut-level desire to avoid picking up the phone after a few months of dating leads to longer conversations every afternoon, after work. It doesn’t mean he doesn’t love you, but it does mean you are gradually contributing to implicit memory associations of a sort that can harm his drive to pursue you.

Here are a few simple suggestions to remedy this common problem:

1.Keep your phone calls short and sweet, so he continues to anticipate pleasurable check-ins rather than marathon of venting episodes or discussions of nothing in particular.

2.Give him short nuggets of information that you will package along with a purpose for talking about it. For example, tell him, “I just need to vent for five minutes about my boss and how annoying she has been in the last two weeks. I don’t expect you to fix it or anything, but it makes me feel really good when you just listen, okay?” This way, he feels like he is on a mission, which eliminates his feeling of boredom. To you, it seems obvious, but he may need you to spell it out for him like this.

3.Try to mix and match the type of conversation you have with him. Try to think of a few things that seem to be interests of his that you can work into your conversations with him. Guys love talking about how things work, tools for accomplishing things, and any conversation that starts with, “Wouldn’t it be cool if…”

No relationship is perfect, and not all men fit the stereotypes in this article. However, the vast majority of you will find yourselves in happier, longer-lasting relationships by using this information to manage the anticipation machine operating in your man’s head.