Home > Dating > What You Should Know Before Dating Someone from Work

What You Should Know Before Dating Someone from Work 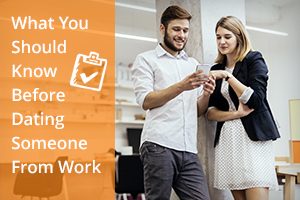 We’ve all heard the warnings.

Do not date someone from work. It’s not worth putting your career at risk or wrecking your reputation. You’ll regret it.

But how true is it?

Not at all, according to the 1 in 10 Americans[1] who met their future spouse at work.

Since the 1960s, work has consistently been one of the top venues for meeting romantic prospects. No wonder: we spend about a third of our adult lives at work.[2] We don’t have time to meet anyone elsewhere.

As the boundaries between work and personal life have grown more and more blurred, office romances have become more acceptable. One in two people has had an office fling. Some companies even encourage dating for the sake of office moral.[3] If you’re going to encourage employees to mix and mingle at staff get-togethers and drinks after work, then whose fault is it when friendly camaraderie turns to romance?

At a glance, the people we meet at work seem ideally suited to us. They’re interested in similar topics. They’re educated to a similar level. They live close by. They may even share a similar personality type.

The propinquity effect states that people who see one another often tend to grow close emotionally. Students tend to date other students. People who attend the same church or workout at the same gym often date one another.

Nowhere is the propinquity effect stronger than in the workplace.

Helaine Olen, co-author of Office Mate: Your Employee Handbook for Finding and Managing Romance on the Job, claims that working together fosters the ideal conditions for romance, in no small part because it pushes together people who’d otherwise have nothing else in common.

She met her husband at work. Had she met him at a bar, she would have given him no more than a passing glance. He wasn’t her type.

Olen and co-author Stephanie Losee also claim that the workplace is a more honest venue to meet members of the opposite sex. You know who you’re getting, unlike the guy you met online or at a club. Thanks to ubiquitous office gossip, everyone knows everyone else’s back story. You can find whether the guy you’re interested in is a cad or a decent sort, simply by asking around.

Advocates of workplace romances say that couples who meet on the job have a better sense of one another than most new couples. Neither of you can pretend to be someone you’re not. You’ve worked side by side; you know the truth. You know how he functions under stress. You get one another in a way someone outside your industry couldn’t. And if you run out of things to say, you can always talk about work.

But there’s still a stigma against dating on the job.

When the aforementioned book, Office Mate, came out in 2007, it was initially banned by bookselling giant Barnes & Noble. They refused to stock it—though they later changed their minds.

Many companies discourage workplace romance for fear of sexual harassment lawsuits. In particular, they disapprove of romances between higher-level management and employees, which could lead to claims of favoritism.

Although most companies realize they can’t realistically control what their employees do off hours, they do require a certain standard of professionalism. No PDA. No using work time for socializing. And no giving one another the evil eye if the relationship turns sour.

Before engaging in an office romance, you need to be sure you know the answers to these questions: 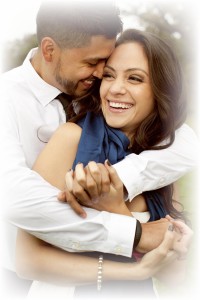 And of course, you could become one of the 10% who find true love during office hours.