Home > Dating > The Secret to Being Lucky in Love

The Secret to Being Lucky in Love 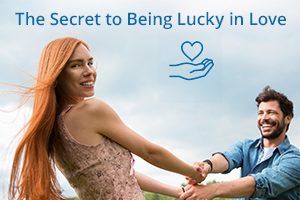 Do you consider yourself a lucky person?

That may sound like a silly question. Right about now I’m supposed to share some kind of useful relationship-building tip. Instead, I’m asking if you think you’re lucky.

Well, buckle up. Here comes that hard-hitting truth you ordered. Two of them, in fact.

First, luck is a real thing. It may not be what you think it is, but it IS real.

Research psychologist Richard Wiseman did a fascinating experiment a few years ago.[i] He started by finding two groups of people. Some who saw themselves as lucky, and some who believed they were unlucky.

He gave each group the same newspaper and the same instructions. All they had to do was tell him how many pictures were in the paper.

The unlucky people averaged a couple of minutes to complete the task. The lucky people, mere seconds.

On the second page of the newspaper was a huge message that said, “Stop counting. There are 43 photographs in this newspaper.” The lucky people saw it while the unlucky completely missed it.

Based on that experiment and others, Wiseman concluded that luck is primarily a matter of perspective.

Lucky people are OPEN to chance opportunities. They EXPECT good things to happen. As a result, they tend to catch things that unlucky people don’t.

If you apply that simple truth to dating, it can have a tremendous impact. Let me show you how…

As Wiseman pointed out, “Unlucky people miss chance opportunities because they are too focused on looking for something else. They go to parties intent on finding their perfect partner and so miss opportunities to make good friends.”

It’s easy to become too focused on romance when you’re single and looking.

If you do that, you’ll miss all kinds of other things in life…including friendships that could easily develop into romance.

Instead of fixating on your single status, focus on having fun and experiencing life.

You’ll find a lot more joy in virtually everything you do, and you’ll be more likely to find someone who shares a real zest for adventure.

Once you find a guy, it’s still important to think like a lucky person.

Relationships are full of challenges. To minimize the lows and maximize the highs, hold on tight to that open sense of positive expectation.

Let’s say the spark has fizzled a bit. That’s okay. It happens.

But instead of accepting that as an inevitability, keep your eyes open for opportunities to seize life with him. Plan date nights that are outlandish and fun. Even silly. Break out of the rut by shaking things up.

As you do, remain open to the possibility that something really amazing could happen at any moment. The next time you see him could be one of those nights you’ll tell your grandkids about.

But only if you’re open to it. 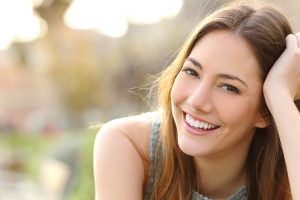 The real difference between people who are lucky and people who aren’t is attitude. That’s true regardless of your current relationship status.

Be open, and be optimistic.

If you believe great things can happen in your love life, you’re far more likely to live out a fairy tale romance.