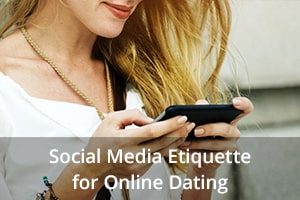 Olivia was thrilled when a guy messaged her back on Match.com.

He was the only match she actually liked out of the dozens Match.com kept throwing at her. She couldn’t figure out how their algorithm thought she’d like these guys with their bushy beards, serial-killer scowls, haughty smiles, or bare chests.

She just wanted to see someone who looked nice. Like he didn’t have a chip on his shoulder or an unsavory agenda.

So when this match came up—let’s call him Jack—Olivia felt a wave of relief. Look! A guy actually smiling at the camera in a normal, friendly way.

She noticed that his photo had been done by a photographer, but she didn’t care. She thought it showed professionalism. Reading his profile, she noticed the same attention to detail. This guy was cute, literate, entertaining, and—hooray!—grammatically correct.

So when a message from him popped up on her screen, she already knew they’d be great together.

They exchanged emails and started chatting. He told her what he did for a living and sent a link to his company website so she could verify his identity. She appreciated that. A man who made sure she felt safe—a true gentleman!

They arranged a date for the following weekend.

One morning, she logged into her social media account when a notification popped up. Jack had asked to be added as a friend.

Hmm. Her brow furrowed. She hadn’t given him her social media details. He must have done a search for her name. She didn’t like the idea that he’d get his first impression of her from social media rather than a face-to-face meeting, but she supposed she could add him. Maybe he wanted to check her out, too.

When the big day arrived, Olivia was excited. She bounced into the restaurant where Jack was waiting. He stood up to greet her. He seemed polite but reserved.

He must be nervous, she thought. Surely he’d chill out when he realized she wasn’t going to bite his head off.

As the evening wore on, it became clear that Jack wasn’t the winner she hoped he’d be. He was a nice guy, to be sure, but they had very different views and lifestyles.

Olivia woke up the next morning feeling sad but resigned. There wasn’t going to be another date.

As she logged into her social media account, she realized she had a different problem. What was she going to do about the fact that she’d friended him? Wouldn’t it be rude to delete him?

Dating and social media are a minefield.

Should you friend someone you’ve never met in person?

Should you get the social media details of the guys you meet online, so you can check them out in advance?

Is it appropriate to like or comment on his posts if you haven’t even met each other yet?

Luckily, we now have some answers.

Match.com’s annual “Singles in America” survey asked 5000 singles about appropriate social media etiquette, and this is what they found.[1]

Even though it may not be as convenient, don’t go off the online dating site/app until you’ve met in person. Save the direct messages for once you know you’ll be seeing more of each other.

Of course you’re going to want to see what kind of person he is before meeting him. So go ahead, do a search for his name. Check out his social media. Just don’t leave any likes or comments.

Nearly 80% of singles don’t think it’s appropriate to friend someone on Facebook, Instagram or Snapchat before the first date. Why? Well, it’s hard to disappear from someone’s life if you’ve already let them in the front door.

So you had a great first date and took a super-cute selfie of the two of you hanging out. Should you post it on social media and tag him? 40% of singles say “nope!” Wait until you’re really seeing each other before posting couple pics. Even better, ask him if he minds you posting it.

Not everybody has the same feelings about sharing their love life with the world. That’s why it’s best to keep your budding connection off social media until you both agree it’s time.