Home > Attraction > There’s No “Love App” Better Than This One.

There’s No “Love App” Better Than This One. 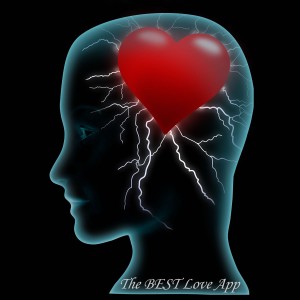 Technology has been changing at an exponential rate. This is because of the fact that computers help us to develop even faster computers.  The more we extend the power of our minds through the use of computers, the more powerful we become at developing technology that is useful in our daily lives.

Some of the coolest technology currently under development gets showcased at Apple’s WWDC conference (worldwide wide developer’s conference).

A company called Anki just demonstrated the power of their artificial intelligence design in toy cars that drive themselves.

You’ve probably heard of the “Google car,” a vehicle that is supposed to drive itself.  Google hopes one-day people will be able to read a newspaper while their car drives them to work, dodging other vehicles and keeping you safer because of the computer’s ability to recalculate its position and other objects 500 times per second.

I recently heard an interview with one of the software developers behind those computer programs that use an algorithm to decide which kind of music you would like for services like Pandora.  As a joke, he developed a software program that you install on your computer, which automatically deletes any of your MP3s that do not fit with your musical tastes based on the software’s analysis of the other music you have stored on your computer.

The point of his prank was to point out the insufficiency of the work he does for a living.  No computer can possibly understand the nuance of why I would enjoy Queen’s “We Are the Champions” even though it does not fit within the genre of music I typically prefer.

We may be able to develop software to make good suggestions or to keep us on a straight path as we drive down a road, but there’s nothing as powerful as the app built into the human mind when it comes to finding love.  I’m talking about your entire mind, which includes all kinds of mental operations that occur outside of your conscious awareness.

Let me give you an example of how your mind instantly knows things based on complex inference that a computer could never do.  Answer the following question with a “yes” or “no.”  Is it a good idea to leap into the center of a bubbling Volcano?

Naturally, your mind immediately came to the conclusion that it would not be a good idea to jump into the middle of a volcano, but let me point out that you have never tried it before, and you have never seen anyone else try it before.  Yet your mind delayed only a fraction of a second before reaching a conclusive answer.  How did you know it would be a bad idea so quickly?

Your mind has the incredible power of visualization, a form of mental simulation that allows you to anticipate how the various things you have learned about your universe will work together in imagined scenarios.  The list of things your mind pulled together in the simulation is too long to go into here, but I’ll just give you an example.  Your mind knows hot things can be bad.  Your mind knows it would take some time to extract yourself from hot molten lava.  Your mind can estimate the likelihood of your survival at near zero because it can combine lots of vague notions quickly to predict the future.

Computers are great at responding rapidly to known scenarios based on a limited number of variables that have been preprogrammed, but they can’t make rapid inferences about future events based on variables that they have never considered before.  You can, which makes your mind the ultimate tool for predicting your best path to finding and capturing the heart of a man who will truly love you and make you the center of his world.

You may be thinking, “That’s great, James, but if my mind is so amazing, why don’t I have the guy of my dreams chasing me yet?”  And the answer is, “because you haven’t seen this yet.”

Click on this link to find out how I can triple the effectiveness of your natural “love instincts” by tapping into a mixture of ancient and cutting-edge discoveries about how the human mind responds to training for uncommon insights about dating and all aspects of relationships.

Imagine being able to have confidence and a feeling of absolute security in the decisions you make from the moment you meet a man, all the way through every aspect of taking ownership of his heart.  See what I’m talking about here.