How To Give Your Guy Feedback Without Getting Into Arguments 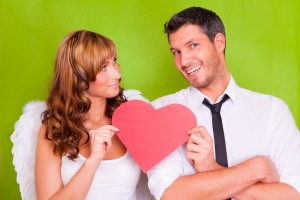 What does the term “feedback” mean to you? If you’re like most people, you think of it as a tool for repair. You give your boyfriend feedback to fix something.

It’s not that we are children who can’t tolerate the experience. We often try to be tough and accept negative feedback with an open mind.

But even then, we can only tolerate so much before the dam breaks and our frustration pours forth as a wave of counter criticisms in argumentative tones.

You’re trying to teach your twelve-year-old niece how to play tennis. Here are a few bits of negative feedback you could give her:

“Stop hesitating as you approach the ball.”

“Don’t wait to see where the ball is going before you reposition on the court.”

“That last swing was more powerful because you charged the ball and didn’t hesitate on your swing.”

“You are moving well on the court. You are really fast, and you could have a really big advantage if you put that speed to use by repositioning yourself on the court as soon as you strike the ball. ”

No guy is going to be perfect. Good relationships are going to require feedback. However, feedback often turns into arguments. It’s not a perfect solution, but it helps a lot when you phrase your feedback in positive terms.

The problem is, we only think of giving feedback when we are bothered by something. Our negative emotion serves as the cue that reminds us that we have been meaning to talk to Bill about his frustrating habit of…fill in the blank.

As a result, positive feedback takes a little more effort. Half the battle is catching him doing something right, and then going out of your way to tell him how much you appreciate it.

Recent research in the field of positive psychology has found that people often have a lot more room for growth than we give them credit for. One of the keys for personal growth is positive feedback about what you’re doing right.

If you want to give your guy positive feedback to change his habit of leaving all the date plans for you to initiate, you’ve got to be specific when he finally plans something. Saying something vague like, “Thanks for taking good care of me,” just won’t cut it. He will feel good, but he won’t know what you are talking about.

Instead, say something in the middle of your date as you are sitting across from him in a restaurant. Say something like, “Bill, I think I am particularly enjoying this date because in the back of my mind I know you went out of your way to plan it. It really means a lot to me, and for some reason it makes me feel especially loved when you initiate plans for a date with me. I’m thoroughly enjoying this date.”

What do you do if he never initiates anything? How do you complement someone for something they almost never do?

Keeping with the example from above, you would ask him where he wants to go out to eat. When he leaves it up to you, insist that he make the decision. When he finally makes the decision, say, “it makes me feel good when you participate in planning things for us to do together. I know you don’t really care that much which place we eat at, but it means something to me that you’re willing to tell me your preference, even if it’s only a mild preference.”

That’s pretty wordy, huh? But that’s the point! You want to give him detailed feedback on what he did correct. You can gradually shape a guy’s behavior by giving him hints and tips through positive feedback rather than negative feedback.

Does this method work for every situation or problem? No. But don’t rule it out just because it’s not as convenient. You’ll often get better results if you practice patience with positive feedback.

I really appreciate the way you read all the way to the end of my emails! =)