Home > Dating > How to Get a Guy to Like You FAST

How to Get a Guy to Like You FAST 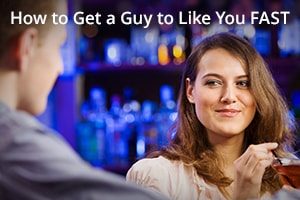 How do you make a lasting impression when you only get 60 seconds?

That’s all the time it takes for people to start judging you. It’s an insanely short window.

Take Jessica as an example. She’s single and interested in meeting someone new. So she goes out, mingles, and tries to stay socially plugged in.

Recently, she was at a happy hour with some friends. They got into a conversation with some guys at the next table. They talked for a bit, and then the men moved on.

When you’re single, opportunities to meet someone can pop up and vanish just that quickly. You get a few minutes of conversation at most. That’s it.

It doesn’t matter if you’re in a typical social environment, like a bar, or somewhere else, like the gym, the breakroom at work, or even the grocery store. If you meet a guy you’d like to get to know better, you get one shot at a first impression.

How do you make it count?

There are several psychological hacks[i] you can use to make the most of those moments. These aren’t tricks or traps. I would never suggest that you deceive a guy you’re interested in.

Instead, these are ways to fast-track showing him the kind of person you are. And at the same time, you’ll get to find out what kind of person he is.

If you want to make the most of an opportunity for romance, the following three hacks will help nail that first impression.

According to research[ii], giving someone else an inside peak into your life is a powerful way to build bonds. Sharing a secret reveals who you are to the other person, and encourages them to share with you in response.

And it doesn’t even have to be a soul-shattering secret!

For example, tell him about a TV show, movie or musician you like that most of your friends don’t know about. Then ask what he’s secretly into.

Even when you’re talking about someone else, people associate the adjectives you use with you. This is called “spontaneous trait transference.”[iii]

If you describe someone else as fun, kind, creative, or smart, the guy you just met will associate those characteristics with you. And the same goes for negative stuff. Immediately start complaining about someone, and he’ll subconsciously link that critical stuff to you.

So when you meet someone interesting, resist the urge to put others down, even light-heartedly. Instead, pay someone else a compliment, focusing on things that are also true of you.

The “Pygmalion Effect” states that people often treat us the way we expect to be treated.[iv]

If you expect all guys to be jerks, that assumption will affect how YOU talk to guys. Without meaning to, you’ll actually encourage jerky behavior!

So when you meet a guy, just assume he’s one of the good ones until he proves otherwise. You’ll treat him better, and that will encourage him to treat you the way you want to be treated. It will also make his conversation with you far more pleasant.

It’s intimidating to try to make a solid first impression in less time than it takes to order pizza, but it’s totally possible. 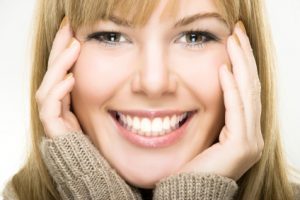 Be positive and complimentary, especially toward others. Share an innocent secret about yourself. And give each new guy the benefit of the doubt.

With these three simple strategies, you’ll be as unforgettable as you deserve to be. If you want to see more attraction signals check out His Secret Obsession.