How to Find Common Ground Fast 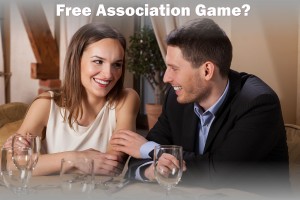 Finding common ground is one of the fastest ways to build a feeling of warmth. It’s how we establish familiarity with people we’ve just met. It’s also a surprisingly good way to restore feelings of connection with an existing partner.

But how do you find new common ground with someone you already know?

Even if you know someone really well, there are always new things to learn. The trick to getting to know someone better is to find out what you have in common. Here’s an easy way to do just that.

1.What’s your favorite thing that happened in the past week?

Invite him to play a ‘free association game’ that starts like this. You ask him this question: What’s your favorite thing that happened in the past week? There’s no right or wrong answer, so there’s no pressure.

You listen to his answer. This is important. Really listen.

When he’s done, share any connections you have with his memory. That’s what free association is.

For example, if he mentions a slice of apple pie he had at a certain diner, and you’ve been to that same diner with friends, you mention that you’ve been there but that you never tried the apple pie.

Your comment about being at the diner with friends sparks a memory about his own group of friends. He mentions whatever memory came up. The conversation spirals from there, taking unexpected twists and turns.

When you run out of associations, just go back to the root question but change it a bit. Instead of his favorite thing from the last week, ask about the last month. The last year. The last ten years.

The great thing about this is you don’t have to control the conversation to make it interesting. Just go with the flow and let the conversation grow organically. You’ll discover all kinds of new things about each other.

1.What are your pet peeves?

This is another great free association technique. It’s a lot like the first, but the question is pointed in an entirely different direction. Ask him what really frustrating experience he’s had recently. Or ask about the little things he encounters in everyday life that really get under his skin.

While this does take the conversation in a negative direction, you can keep it light-hearted by focusing on trivial annoyances. Stuff like his pet peeves, not his life’s most tragic moments.

Complaining about hardships, even little ones, is a super-fast way to build a connection. It’s like you have a shared enemy. There’s even science to back this one up. Research has consistently shown that establishing a shared enemy is one of the quickest ways to get people to bond.

1.Where have you been?

When you put someone on the spot by asking common questions like what hobbies they have or what they’re into, you’ll most likely get stale answers. It’s hard to think of the really important things with those kinds of questions. There’s nothing to guide your thoughts.

But the timeline of your life serves as a pretty good mental bridge. So try asking him where he’s been. The process of describing vacations or places you’ve lived brings back all kinds of memories.

When we share our traveling experiences, it conjures up all kinds of visual reminders. Those reminders make it easy to remember what was important to you at the time. The things you were passionate about. The things that led you to those places to begin with.

This question isn’t about the destinations at all. It’s about the memories associated with those places. Those memories reveal a lot about a person.

All three of these techniques can be used casually without a lot of planning or fuss. Because they’re light-hearted, you can introduce them as a conversational game over dinner or out on a walk. Give them a try and then enjoy the process of discovery that follows.