Home > Commitment > How to be a Happier Couple

How to be a Happier Couple 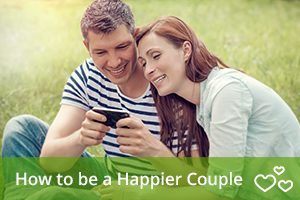 Here’s a question for you. Which is easier to remember? The good times or the bad times?

She says this is a part of an ancient survival instinct. It’s like a warning system left over from a more primitive time. It’s something our ancestors had to do to stay alive.

Which is good. I’m kind of glad they managed to pull off surviving.

But that leaves us with an unfortunate leftover. We tend to be better at remembering negative stuff. And boy, oh boy, can that impact the connection you share with your partner.

You don’t want your strongest memories as a couple to be negative. The fights, the struggles, the times of doubt. Wouldn’t you rather focus on the times when the two of you were really in sync?

Well, I’ve got some good news.

While you’ll have to work a little harder to remember positive times, it’s totally worth the extra effort. Because, get this… research shows that intentionally focusing on positive memories will strengthen a couple’s bond. [ii]

Think of it like you’re building a house. Your connection with each other is the foundation, and I can show you how to make that connection even stronger.

Here’s how it works.

Emerging yourself in a positive memory takes you back into the experience. (The same thing happens with negative memories, too.) You’ll feel the things you felt before.

Remember that really romantic, thoughtful thing he did as the two of you were falling in love? Think about that moment right now. Try to capture the details of it. Sights, sounds, smells, even the expression on his face.

You feel a little closer to him right now, don’t you?

That can be a powerful exercise when you do it on your own. If you do it WITH him, it gets even better.

And it doesn’t have to feel like a couple’s meditation session. (That would be awkward.) Nope, all you have to do is bring up positive memories in casual conversation.

The next time you have dinner with him, reminisce about a treasured memory from early in your relationship. Call out some of the details, like the way he said something or what you were wearing. Really paint the picture.

That will bring both of you back to the feelings and emotions of that positive moment. As a result, you’ll grow closer to each other now.

The thing to keep in mind is that our brains naturally want to focus on negative experiences, which doesn’t do much to help build intimacy. 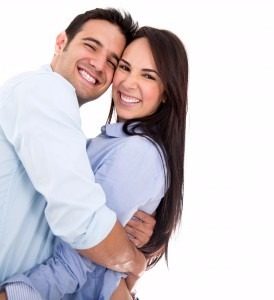 To be happier together, you have to intentionally turn your attention to the positive.

Each time you succeed at that, you get to relive those happy moments all over again. Plus, you set yourself up to create some brand new positive memories right here in the present.

That’s a powerful way to be a happier couple.

Why not start right now? Think of two positive memories you share with the guy you are interested in. Have them ready in your mind for the next time you’re sharing a relaxed conversation.