Home > Attraction > How to ACTUALLY be an easy breezy cover girl

How to ACTUALLY be an easy breezy cover girl 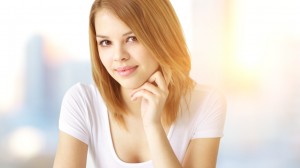 To tell you the truth, I’m not exactly sure what that means.  What is an “easy breezy cover girl?”  I certainly don’t want you to be “easy,” because that is a turnoff to guys that are looking for a real commitment.  Aspiring to be a “cover girl” is a ridiculous pursuit that suggests you’re trying to win some sort of beauty pageant.  You’re not in a contest with other women to be the most beautiful.  I hope you don’t think of yourself that way as you enter the dating scene.  That would be suicide for your ability to get the one piece that actually is important: being “breezy.”

Being “breezy” is all about the feeling you have inside and the relaxing, fun impact your internal feeling has on the people that interact with you.  Being breezy is about being relaxed in a way that most people only achieve when their slowly strolling through palm trees on a white sand beach overlooking teal blue ocean water.  It’s a high aspiration to be that relaxed, but it’s an aspiration that doesn’t put you in competition with other women.  And if for no other reason, getting into the mental habit of entering “breezy mode,” will do wonders for your ability to enjoy your life.

In the title of this blog post, I made the implicit “how to” promise, so let me get to an explanation of how to will yourself into that “breezy mode.”  But first I need to tell you a story that will open your mind to the concept better than any bullet points could.

Sally is a friend of mine who is now a clinical psychologist.  She has told me more than once about a turning point in her life when she was still in training as a psychologist.  She was working at an inpatient mental health hospital with women who had experienced some pretty severe psychological trauma early in life.  Sally said it was very difficult work.  Some of the women had very hostile and biting ways of interacting with others because of the impact of things they had been through.

After parking her car each morning, Sally would spend the short walk up to the hospital preparing her mind for the work she was about to face.  She often drove to work with a slight feeling of apprehension, manifesting as tension in her stomach and a mild feeling of anxiety.  It was the kind of anxiety you might not really notice if you didn’t pay close attention, but the impact was significant because of how frequently she carried it within her.

The turning point came one day when she was walking from her car up to the hospital and a thought occurred to her.  She realized she hadn’t used up any of her vacation days for the year.  Suddenly a feeling of hope sprang up in her as she contemplated the possibility that in a week or two she could be walking tropical sands while sipping a cocktail rather than trudging through the line of cars toward the gaping jaws of the hospital doors. 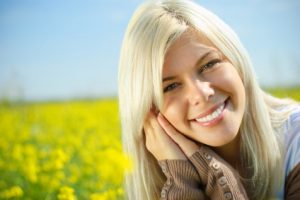 With the thought about a potential vacation came a psychological breeze that moved her into a totally different psychological state.  She felt calm and relaxed.  She felt more connected with life.  She was no longer holding her breath.  She breathed deeply, appreciating life.  That’s when she realized what she was experiencing was nothing more than a psychological shift.  She wasn’t actually on vacation at that moment, yet she had evoked the emotional and psychological benefits of being on vacation.

With this realization, much of her training about the mind and psychology came flooding back.  She recalled the countless hours spent studying the things that cause people to feel content or stressed.  She realized how little of that information she had ever actually applied to herself.

Sally decided that day she would engage in a little experiment.  She decided to see how long she could carry that breezy psychological state with her through the workday.  She knew it would become more difficult as her mind got distracted and pulled into various problems she would face during the workday, but she had a hunch she could carry the underlying sensation of being “on vacation” with her.  It was the success that came from that experiment that she shared with me on more than one occasion when I was feeling stressed out.

The dating scene is not nearly as difficult as working with traumatized women in a mental health ward.  However, some women do experience a significant amount of stress while prospecting for the right guy.  Here’s my recommendation.  Try out Sally’s experiment on yourself.  See if you can remember what it feels like to be on vacation with no particular responsibilities or need to impress or perform.  See how long you can carry that “breezy” psychological state with you as you interact with people on the dating scene.

My guess is you will like this experiment.  As a man, I can also comment that you are very likely to attract men who sense your easy, calm spirit.  Try it out, and share your tips and tricks with us in a comment below.