Home > Dating > Have You Ever Felt Like Dating Isn’t Fair?

There’s probably a lot you expect from dating. Romance, for sure. Some ups and downs are a given. The occasional heartbreak. But let me ask you this.

Do you expect dating to be fair?

Recently, I’ve been visiting with my friend, Crystal. She’s single, and I couldn’t tell you why. She’s attractive, she has a great job, is fun to be around, and is generally successful in life. But she can’t seem to land a guy.

Believe me, she’s tried. She’s still trying. And it upsets her that she can’t seem to pull it off.

As we talked about it, I realized something. Crystal expects dating to be fair. She thinks she’ll get out of it what she puts into it. That if she’s the best version of herself she can be, someone is bound to fall for her. It’s almost like she thinks the universe owes her a fulfilling connection.

A lot of people mistakenly think life is (or at least should be) fair. But if you believe life is fair, you’re actually setting yourself up for a lot of unnecessary pain.

Researchers at NYU recently proved this in a study[1] of more than 250 middle school aged kids. Granted, you’re operating at a much higher level of maturity than the average middle schooler. However, I strongly suspect the findings of this study hold true throughout life.

The study found that participants who believe life is fair “demonstrated lower self-esteem, a higher propensity to engage in risky behaviors, and a lessened willingness to follow directions.”[2]

Do you know what the problem is?

Life isn’t fair. And neither is dating. But don’t despair.  You can rise above that sobering fact.

Your best shot at finding the love you want is to rise above the unfairness. To do that, you need to commit to three things.

First and foremost, take care of yourself.

Don’t rush headlong into love, even if you’ve been looking for a while. Allow time for new relationships to develop. If you’re in a long-term relationship already, don’t be too quick to move it to the next level.

That guy who’s cheated on the last several girls he’s dated? Yeah, he may be a looker and a smooth talker, but don’t you dare take a chance on him. Protect your heart by waiting for someone who really deserves you.

Some people turn really cynical when they realize life isn’t fair. They decide the game is broken. Why bother playing by the rules?

Here’s the thing about this approach. It can feel good in the short term. You get what you want, and you don’t have to worry about whether or not the guy you date gets what he needs.

But you can’t lay the foundation for real love that way.

Even if you have fun for a while, you’ll never have anything fulfilling. Guys and girls who play dirty rarely find happiness.

Don’t give up hope.

It’s frustrating to want love and not find it. It’s upsetting to date someone who won’t commit to something more serious. When you feel the sting of life’s unfairness, it becomes hard to keep hope alive.

But I want to encourage you. I want to tell you what I told Crystal. 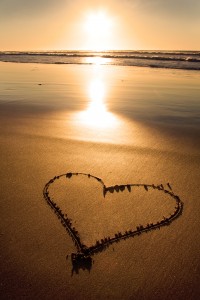 You’re amazing. You deserve love just as much as anyone else. As far as I’m concerned, you deserve to have all your romantic dreams come true.

It sucks to wait. I can’t say anything that will make it not suck. But don’t give up hope.

Instead, keep right on being awesome. Be the best version of yourself you can be. Do that for you. And keep on hoping you’ll find what you truly want.

If you really want love, I believe you’ll find it. Some things are worth waiting for.