Home > Commitment > Don’t Marry Up (Or Down)

Don’t Marry Up (Or Down) 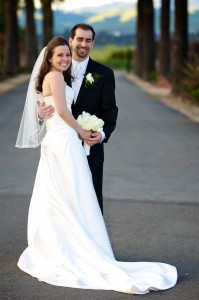 Interesting research from the University of Wisconsin evaluated over 500 couples to see how inequality between partners influences the satisfaction of the relationship in the long term.  By “inequality” the researchers meant a variety of variables such as unusual discrepancies in attractiveness or in wealth prior to marriage.  Curious about what they found?

Your relationship satisfaction will suffer the more inequality there is in the relationship.  Men hope to one day marry a woman of fantastic beauty with high social standing and talents.  Women grow up fantasizing about their handsome Prince Charming who will sweep them off their feet.  But research suggests we are better off finding someone who is about as good-looking as we are and of a similar caliber in other respects.

It’s not just one research study making this claim.  There have been research studies demonstrating that sexual satisfaction among couples is highest for those partners who are rated as being equally attractive.

You may be wondering why.  The researchers hypothesize the reason may have to do with “equity theory,” which predicts partners do things to balance the relationship-ultimately sabotaging the quality of the relationship in the process.

For example, a woman who is far more attractive than a man feels she does not need to worry about refusing sex flippantly based on her mood with a thought like, “He gets more out of this than I do anyway so why should I bend over backward to make that part of our lives even more unequal?”  Or a man may think, “I brought the wealth and freedom she now appreciates to this relationship so if I feel like I want some alone time I don’t need to apologize for it or ask permission before disappearing when I’m in the mood to do so.”  At other times, it’s the insecurities of one partner or the other that may lead to avoidance of sex, irrational fears of losing a partner to infidelity, or avoidance of full engagement in other areas of life.

It’s kind of dumb (if you ask me) but we humans do weird things on an unconscious level.  I’d like to think we can overcome these obstacles when two partners fully embrace the concept of true love, but I thought I would share this information with you in case it helps you to realize that “settling” for someone who is on par with you may not be “settling” at all!