Home > Dating > Before You Text Your Boyfriend, Read This

Before You Text Your Boyfriend, Read This 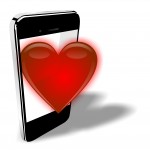 Here are a few things I have learned about texting as a relationship coach.

1.You should not make decisions or write those decisions in a text message when you are upset.

2.You should be VERY slow to respond to text messages when you are angry.

3.Your own mood will determine how you imagine the other person’s tone of voice as you read their text.

I can recall countless episodes of sitting in my office with a client who insisted I read a series of back and forth text messages between her and her boyfriend.

In most of these situations they were not asking me for advice. Instead, they were looking for validation. Validation of the intense feelings of frustration with a boyfriend who was in a full fledged emotional blame game with them.

In many of these situations, a quick read of the first few text messages revealed the problem.

I’m talking about the snowball effect of misinterpretation. Just one misunderstanding early in the text-conversation causes a splintering of perspectives. Almost like you and your boyfriend enter parallel dimensions, or alternate universes.

The context of a statement is misunderstood, but neither person realizes the misunderstanding has occurred. As a result, both parties continue the conversation under differing sets of assumptions about the other person’s thoughts and motivations.

That creates a land mine just waiting for one of you to step on. Because neither of you remembers having set a land mine, you both launch into a blame game fueled by frustration.

It’s amazing how often people overlook the possibility that simple miscommunication has occurred. And it’s because emotions (both positive and negative) can severely skew the way we interpret written messages.

The lack of vocal intonation, facial expression, and other nonverbal clues creates a much larger range of possible interpretations for written words compared with in-person communication.

There is a solution to this common problem. But first, let’s look at a real-life example of the problem as it unfolds.

Here’s a non-relationship example that happened to me personally two weeks ago. I got a bad muscle spasm in my neck from bad posture at the computer. I scheduled an appointment to see a massage therapist who has been very helpful for me in the past.

She had to cancel the appointment a few hours before we were scheduled to meet. She said it was because she was not feeling well emotionally. She texted me a long explanation, noting it was the one-year anniversary of her father’s death and she did not feel she would be able to give anyone a good massage that day.

I texted her back very quickly, because I was in the middle of a long one-on-one interaction with someone. I just wanted to let the massage therapist know that I was fine with her canceling. I didn’t want to wait for two hours to text her back because I didn’t want her to think I was irritated with her for canceling.

So here’s the text message I replied with: “Okay. I’m sorry to hear that.”

Later I discovered she interpreted my short reply in a way I had not intended. Her interpretation of my message was basically this, “I’m sorry to hear you have to cancel my appointment. I have nothing to say about your father. I’m irritated you canceled on me at the last minute.”

In my haste to reply, I had not considered this alternative meaning she could draw from my short response. It would have been better if I had waited for two hours and then taken the time to text her with a longer message that more carefully expressed my condolences.

The message I meant to convey was, “It’s okay that you canceled the appointment. I’m sorry to hear that today you are grieving the loss of someone you cared about.” Haste makes waste, as they say.

Because she knows me to be a friendly person, she casually brought up the issue a few days later and we easily resolved the miscommunication within two minutes of talking on the phone. However, things can go far worse when it comes to the more sensitive emotions shared by lovers.

Many of my clients find themselves in frustrating emotional battles for days or weeks after small misunderstandings in text messages that gradually turn into a series of angry texts covering every hurt feeling and angry thoughts either partner has had during the entire relationship.

All it takes is one wrong turn to unleash anger. Once anger starts to run the show, I often see a torrent of negative emotion that hijacks the relationship for days or weeks.

Here’s the solution to this common problem:

Whenever you start to feel frustrated or upset during a texting conversation, stop texting for five minutes, slow down your racing thoughts, and go back to the first few messages in the conversation to reread them in search of ambiguity.

The misunderstanding is often near the beginning of a text conversation. After that, emotions take over and no more misunderstandings are needed to continue fueling the fire of argument or hurt feelings. Get in the habit of searching for misunderstanding and multiple possible meanings when reading and writing your text messages.

I hope this post saves you from a few arguments or hurt feelings. Have a wonderful day!