Home > Dating > Do You Make This Online Dating Mistake?

Do You Make This Online Dating Mistake? 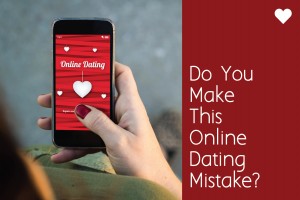 I used to have this friend. He would initiate plans for us to hang out. But at the last minute a more exciting opportunity would come up. Something he thought sounded more exciting.

Time after time, he ditched plans he already had with me or his other friends.

Here’s the important part. I USED to have this friend. After putting up with his flakiness for a while, I got tired of it.

I moved on. Invested in other friendships.

From what I hear, he’s still on the prowl for the bigger, better deal. It’s almost like he’s addicted to the hunt for the most “happening” social scene. Sadly, he’ll continue to miss out on real friendships as long as he keeps up this nonsense.

I know you’re not like this guy. But digital dating has a way of pulling people toward a similar trap.

The digital age has changed how we date. Today there are all kinds of websites, matchmaking services, and even mobile apps that promise the possibility of romance.

People used to be ashamed to admit they met someone online. That’s silly. Meeting someone is hard. If there’s a website or app that makes it easier, use it.

But be careful you don’t develop an unquenchable craving for the bigger, better deal.

There’s a very real psychological effect to techno-dating. Take one popular app, Tinder, as a prime example. As one article put it, “With Tinder, the pretext is to hook-up, but the real pleasure is derived from the Tindering process.”[i]

In other words, a lot of folks who use dating apps tell themselves they’re looking for a partner. But really, they’re falling in love with the selection process.

And why not? It’s like browsing a catalog of potential boyfriends. And you thought shopping for shoes is fun!

There’s always the possibility the next profile will be even better. The next guy, even hotter. The next match, even more what you’re looking for.

Before you know it, you’re not looking for love. You’re continuously looking to see who might be just around the next corner, just over the next hill. It creates dissatisfaction with the idea of “settling” for the slower process of building an actual relationship with one of the guys you’ve already met.

And who knows how many good guys you’ll pass up along the way.

If you’re single and using any kind of dating app or web service, do a quick mental check before you start browsing. Ask yourself this question: “Why am I using this online tool? What is the goal or purpose of it?”

That question reminds you of your true end-goal. It prevents you from getting sucked into the never-ending search for relationship upgrades. 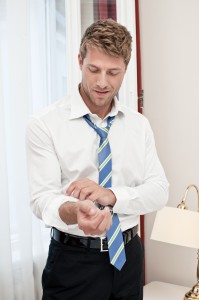 As you look through profiles or messages, keep an eye out for just a few qualities that make a man worth getting to know. And when you find a potential match, give that guy an honest chance.

You’ll be tempted to keep right on searching. The search is fun. It promises something bigger. Something better. But if you keep searching, you’ll never find what you really want.

Digital dating can be both fun and effective. It can also turn into a game that never ends. A game you never really win because you never find a true connection.

Stay focused. If you’re looking for genuine romance, you’ll only find it when you stop holding out for the bigger, better deal.

[i] Chamorro-Premuzic, Tomas. “The Tinder Effect: Psychology of Dating in the Technosexual Era.” The Guardian. Guardian News and Media, 17 Jan. 2014. Web. 24 Feb. 2016. <http://www.theguardian.com/media-network/media-network-blog/2014/jan/17/tinder-dating-psychology-technosexual>.