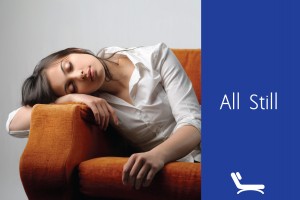 I used to know an older couple who refused to make any big decision without “sleeping on it” first. Whether booking a trip, or buying a car, or overseeing their investments, they always talked about it one day and made the final decision the next.

I didn’t realize at the time just how wise they were. They really were making better decisions by waiting and sleeping on it, and the reason has nothing to do with sleep.

A few years ago, researchers at Radboud University discovered there’s more to making good decisions than clear thinking. In fact, sometimes a purely logical approach actually gets in the way. When your brain focuses on conscious problem-solving, it turns off the part of itself that’s more intuitive. The two parts can’t both function at the same time.

In other words, when you’re most logical, you’re less intuitive.

That’s why it’s so common for people to solve complex problems while they’re doing something totally mundane, like taking a shower or driving. Those kinds of activities allow us the mental room to daydream, and the intuitive part of our brain kicks back on.

The British Royal Navy takes this idea seriously. They include it in their emergency protocols. When there’s a nautical emergency, the first command from the captain isn’t what you’d expect. He calls for an “all-still.” For the next three minutes, everyone on board stops what they’re doing. No one moves or even speaks.

Three minutes is enough time to pull back the instinct to rush to action. Instead of making purely reactionary, logical decisions, the crew has the chance to pause for three minutes of silence. That leads to much better decision making.

You may not experience a lot of crises at sea, but I think it’s a good idea to implement the concept of an all-still in your life, anyway. Many of the small relationship decisions we make are a whole lot better when we just give ourselves permission to not rush.

Look, I get it. When your relationship hits turbulence, it’s scary. You want to address it right now, doing whatever you can to fix it immediately. But, as Matthew Kelly says, “Our lives are an expression of what is within us. Life is an overflow of the heart. If within you are confused, frustrated, and exhausted, your actions will tell the same story.”

If you truly want the best for your relationship, it’s wise to avoid knee-jerk reactions. Center your mind first, and make choices that are rooted in peace.

When you need to make a decision, give yourself some time. Sleep on it, or, at the very least, take a few minutes to do something mindless. Often, that’s all it takes to gain some critical insight and maybe even discover the ideal solution.

Have you ever made a decision that totally transformed the course of your relationship in a good way? If so, I’d love to hear about it in case it might be useful to share with other readers. Click here if you have a powerful story to share.