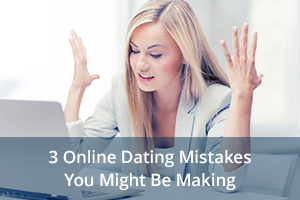 It’s not that she wasn’t a catch. She had been named in a shortlist of 5 women changing the world by Forbes. She had advised 3-star generals and the CEOs of some of the world’s largest companies.

But maybe it wasn’t the best idea to cut and paste her résumé into her online dating profile.

Now her profile wasn’t getting any hits. Maybe she was approaching this the wrong way.

In her professional life, she was used to getting results. She used data to solve problems and predict the future. Why couldn’t she use the same skills to hack online dating?

So she did the unthinkable:

What You Don’t See Online

I don’t know if you’ve ever seen an online dating site from a man’s perspective.

If you register as a woman looking for a man, you don’t get to see the other women looking for love. You don’t know what they look like, how they present themselves, or how successful they are.

But a key element of success is understanding your competition. You can’t rise above the competition unless you know how they’re playing the game.

Webb felt uncomfortable pretending to be a man. But that was the only way she could think of to find out what other women were doing.

She promised herself that she wouldn’t lead anyone on, she’d never approach anyone first, and she’d shut down her fictional profiles as soon as she had the data she needed.

One month later, she had everything she needed.

And what she discovered was that everything she’d assumed about online dating was wrong.

What she didn’t realize is that single people browsing a dating site don’t want to be reminded of work. They just want to find someone they can have a good time with.

The most successful profiles conveyed exactly that message.

They conveyed the message that this person would be fun, easy to talk to, and great company on a date.

Once Webb fixed the 3 online dating mistakes she was making, she was flooded with messages. She eventually met and married her Mr. Right.

Could you be a few tweaks away from meeting Mr. Right?

You’ve seen those profiles where it’s clear the person didn’t put too much thought into what they wrote.

They offer up some cliché about loving life or living life to the fullest. They describe themselves as easy-going, fun-loving, friendly, a great listener.

Compare that to a 2,000-word essay by someone who clearly put a lot of time and effort into describing what makes them tick and what they want in a partner.

Can you guess which profile is going to get the most hits?

The person who wrote the least.

The most popular profiles clock in at a meager 97 words.

And yes, they’re generic. They use words like easy-going, laid-back, outgoing, optimistic, down-to-earth, and fun.

Successful profiles emphasize that this person would be fun to go out with. That’s the green light men are looking for in the women they contact.

If pictures speak a thousand words, what would your profile pictures say about you?

In Webb’s original profile, she posted a photo of herself with her dog, one of her standing in front of her alma mater, and one of her giving a speech.

Even though the photos were flattering, they weren’t telling a compelling story.

The best photos are ones that invite the viewer to be there with you. Think of a photo taken on the beach after an amazing day of fun in the sand and surf.

Outdoor shots and vacation shots work because they convey fun and relaxation. Choose photos where you’re wearing a party dress rather than a business suit for the same reason.

Photos where you seem genuinely happy will outperform staged photos. A photo taken after you’ve just finished laughing at the camera beats one where you’re saying cheese.

Mistake #3.
You write back right away.

Most online dating sites show when you’re online. So if a guy messages you while you’re online, you can feel obligated to write him back right away.

Popular women didn’t take the bait. They waited a day before replying to a man’s message. They also tended to send their messages during work hours or early evening.

They kept their messages short. They reserved long, in-depth conversations for that first date. Online, they bantered in a friendly way and asked questions back and forth.

If they were instant messaging, they capped their conversations at 12 minutes or less.

Those strategies enabled them to get through the high volume of men who messaged them without spending their lives online.

Did any of these online dating suggestions give you any ideas?

Let us know what you’re going to try in the comments!