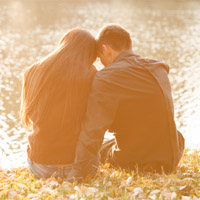 “He was only a fox like a hundred thousand other foxes. But I have made him my friend, and now he is unique in all the world.”

It’s a bad idea to compare yourself to other women. Not just a little bad. Epically bad.

I once dated an identical twin. We were already a couple before I met her sister, and I was more than a little nervous.

What if I found her sister attractive, too? I mean, they looked the same. Would I feel the same kind of feelings for this other person? And if I did, would the woman I was dating be able to tell?

The whole thing ended up being fairly anti-climactic. I didn’t feel anything special toward her sister. She looked just like my girlfriend, but that was about it.

I learned something important. It’s your history together that makes someone special. Not the way you look. Not your sense of humor, your intelligence, or even your values.

Am I saying those deeper qualities don’t matter? Of course not. Those are the things that make you who you are. Don’t ever let anyone tell you that stuff is inconsequential. It defines you.

But it doesn’t define your relationship. Your history together does.

If the guy you’re with meets another girl with a similar sense of humor, or mirror-image values, that doesn’t mean he’s going to feel the kind of connection he feels with you. 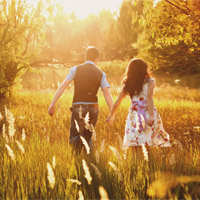 Maybe he met you at a gym. He likes a woman who takes care of her body. He tells you this all the time. So it makes sense if you feel a little insecure when a physical trainer starts chatting him up.

Her legs are even more toned than yours! Will he feel attracted to her?

He may find her legs attractive. I won’t lie. So… does that mean you need to hit the gym more often? Do you need to compete?

Instead of indulging in that kind of insecurity, focus on building experiences. That’s a far more productive use of your time. It’s more fun, plus it will ultimately strengthen your bond, making the so-called competition matter even less.

Remember my reaction to the identical twin sister? She had the same good looks and figure that originally attracted me. But I felt no romantic connection with her. That belonged entirely to the woman I had built a connection with through shared experiences.

Attraction may have sparked interest. But the relationship was built on a bond that took time for us to form.

Are you in the habit of comparing yourself to the other women in his life? If so, I have some sage advice for you. Stop it.

But if that’s not enough wisdom for you, let me point you in a helpful direction. You see, I’ve found the ultimate antidote to relationship frustration.

There’s nothing worse than trying hard to make a relationship work, but feeling like you’re the one doing all the work.

What if there was a way to spark a man’s motivation so he wanted to do all the work? Wouldn’t that feel amazing?

It’s possible. Actually, I would even say it’s easy once you learn just one simple principle about the way the male brain is wired to respond in relationships.

Check out my video to discover the solution. It could change everything about how he responds to you. Click here now to see for yourself. 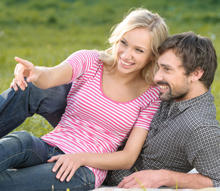 Enter your email to receive James Bauer's free 14-Day Attraction Secrets. This is a powerful program for building up deep attraction at any stage of the relationship.


Learn how we use your email

Enter your email to recieve James’ Bauers free 14-Day Attraction Secrets. This is a powerful program for building up any relationship, no matter the stage.