Turns Out Mr. Right Has A Quirk 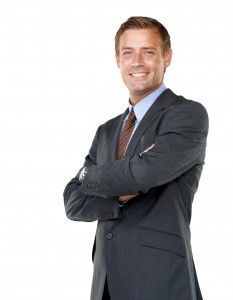 They seem trivial, but annoying quirks can gradually drive a wedge between two people, especially when only one person realizes it’s even a problem. Here is a simple plan for disarming the negative emotional impact of his unusual quirks, along with a warning about the meaning of certain kinds of quirks.

Which is easier, finding a new Mr. Right with no quirks, or learning how to adapt to his unusual quirks? Of course, there is a third option, which is to gently train him to change the annoying behavior.

But let’s start with the assumption that the relationship has not yet reached a point where correction and feedback of his behavior would flow smoothly. Let’s start with a potentially painless fix you can use on yourself so that you don’t find his quirks so annoying.

Very often, the annoying features of someone else’s habits annoy us precisely because we have an opposite tendency or trait. For example, some people are annoyed when a housemate does not wash the toothpaste-spit down the drain after brushing their teeth. That same person probably feels annoyed with a partner who leaves their socks on the floor in the living room instead of walking them to a laundry hamper.

If you are the person that leaves your socks laying around, you probably have less of the personality trait psychologists call “conscientiousness.” It’s not that you don’t like the look of a neat and tidy home or sink; it’s that you don’t care nearly as much as someone who is very high on the conscientious trait.

Here is a simple way you can decrease your annoyance with Mr. Right when he obliviously annoys you with some habit or behavior.

One way of dealing with men’s quarks is by looking for the underlying personality trait that predisposes him to that behavior and then think of three positive tendencies that go along with that particular personality trait.

Here’s an example. I once dated a woman who had the highly unusual tendency of using her thumb to clear boogers from her nose while having a conversation with you face-to-face. You probably wonder why in the world I would date someone like that, but it wasn’t nearly as dramatically gross as you might imagine. She did it in a single movement that looked almost like she was just brushing at her nose.

Nonetheless, it jarred against my personality trait which is on the opposite end of the same neurotic scale. I’m neurotically conscientious about the impression I’m making on others. That comes with its own annoying traits that she has to put up with.

So here is how this principle works. I ask myself, “What kind of personality traits predispose her to be so relaxed about the impression she is making on others?” The answer is that she does not present a false self to the world. The idea of holding her cards close to her chest is foreign to her. She does not keep her thoughts, emotions, desires, or motivations hidden. To her, people matter, not pretenses.

Now that I have identified the personality trait that predisposes her to that unusual quirk, I ask myself what benefits I personally receive because of those personality traits she has. Here’s a quick list that comes to my mind now as I think about it:

1.I can trust her. I know who she is and who she is not. There’s no anxiety about how she secretly feels about a relationship with me or anyone else.

2.She doesn’t care that my face is peeling from a sunburn when we go to meet her parents.

3.She gives me matter of fact advice with no awkwardness or hesitation when I ask her opinion about things.

I could go on and on, but you get the point. I mentally frame the annoying behavior in the context of things I like about her, and voila! Suddenly I find myself easily dismissing the angst that was building inside me just a moment earlier.

And now a warning:

Quirks reveal things about your partner’s personality. Most of those quirks are harmless, annoying features of their behavior. However, there are a few quirks that speak to an underlying incompatibility you should seriously consider.

The nature of quirks is that the person who does them is generally unaware that they are doing them, or unaware that other people find those behaviors odd or annoying. As a result, they often reveal things about a person’s personality that they might otherwise choose to hide from you during the early stages of a dating relationship.

If he chooses to hide the fact that his car is always messy, it probably is not a really big deal. If you are a very conscientious person, maybe it would be a big deal to you, but probably something most people could live with. However, if he is trying to hide a cynical, sarcastic personality trait that reveals itself in the quirk of occasionally berating a waitress with unnecessarily harsh criticisms, consider how that same trait may transfer to the way he treats you, or your children at some point in the future.

He may laugh, smile, and go back to his pleasant interaction pattern just thirty seconds after tearing the waitress a part. If he does this, don’t be fooled. That kind of little quirk signals the presence of a monster lurking beneath the surface. That monster could be an anger monster, a manipulator monster, or the monster of untamed narcissism.

I don’t mean to scare you. I’m only pointing out the obvious, trying to raise your awareness of a simple tool that can improve your relationships. Here’s the recap. No one is perfect, so when you find a pretty good man, learn to appreciate the personality traits that cause him to have a few quirks. Quirks are also unconscious signals of personality traits (much of the time). As such, they are useful tools for recognizing personality traits the person may suppress when in your presence.